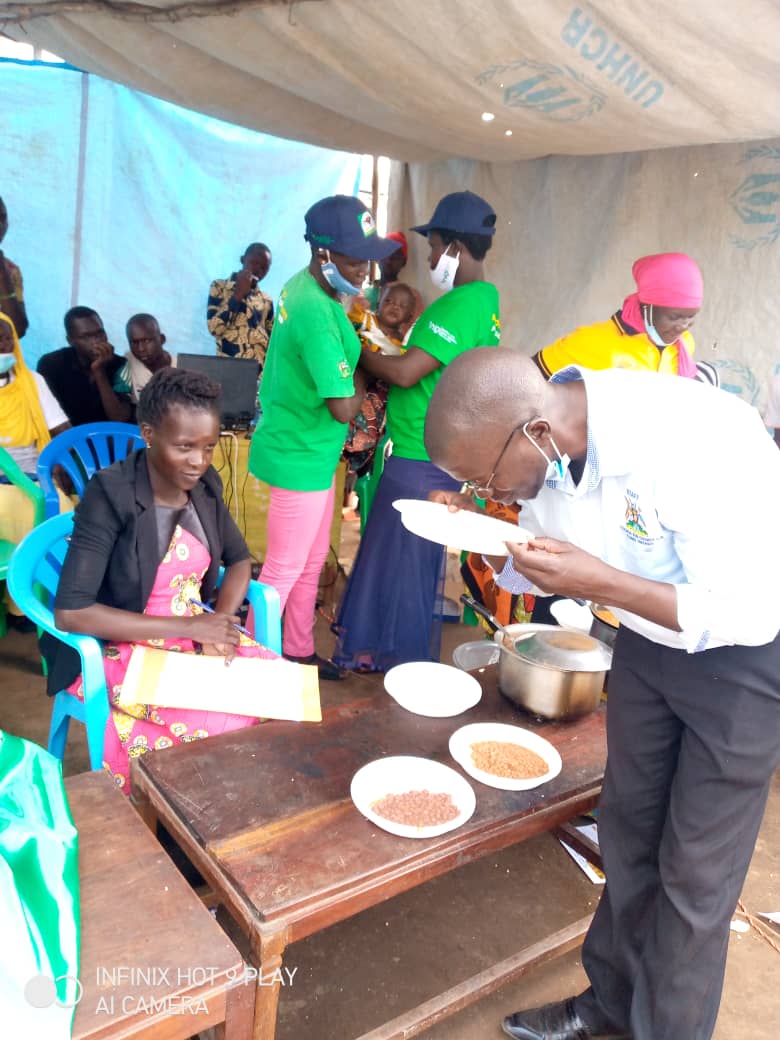 The production of Quality declared seeds by Local seed business groups supported by the Nutrition and Income Generation Intervention (NIGI) project is in full gear. However, some farmers are still stuck in the belief that local varieties taste better.
To take away this myth, NIGI introduced cooking demonstration of new improved crop varieties were various varieties are cooked and farmers taste (organoleptic tests). This is aimed at helping them appreciate the new varieties and hence their uptake.
During the demos, farmer's perception on different varieties is evaluated by scoring based on colour, appearance, aroma, cooking quality, taste and size among others. At least 25 participants take part per event.
These have been happening in Nebbi, Yumbe, Omugo, and Pakwach, Terego districts among others. Also at the activities, farmers are sensitized more on both nutritional and other benefits of these new varieties. Some of the varieties tested include; Narobean 1, 3 and Nabe16 among others.