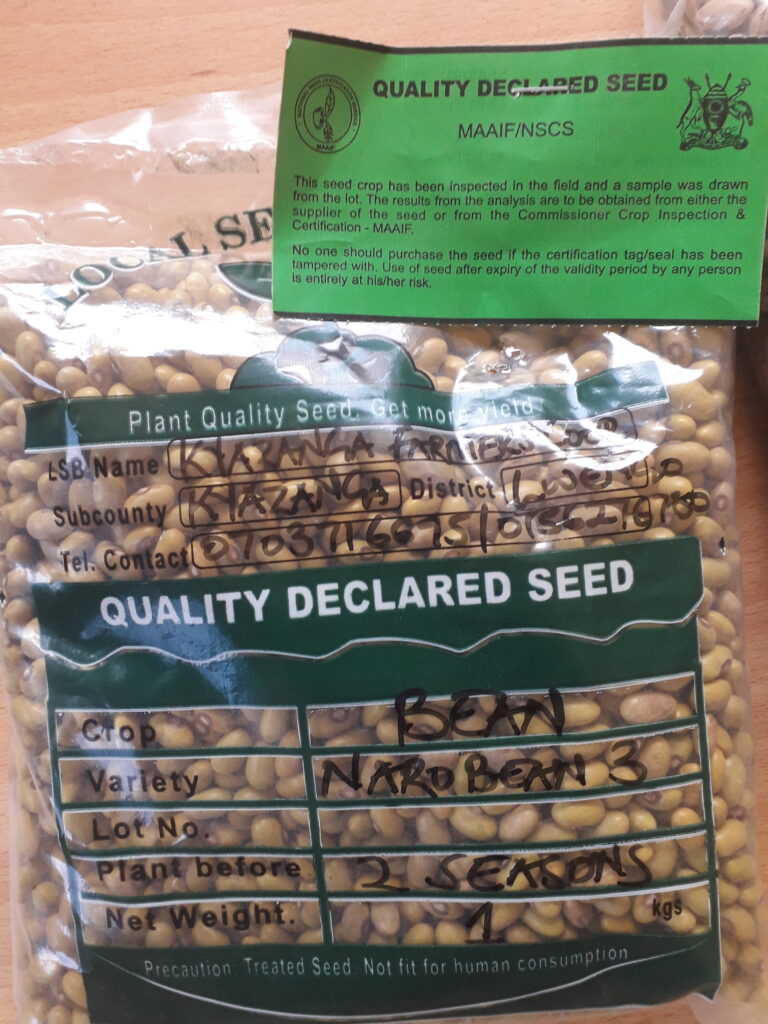 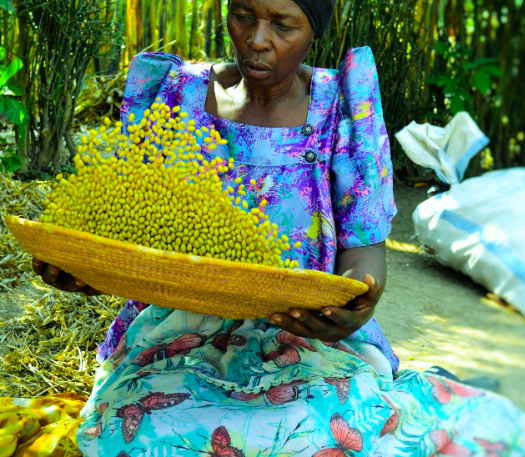 Quality seed is a basic input in agricultural production.

It was estimated that less than 15% of Ugandan farmers use quality seed which is mainly hybrid maize. This stems from inadequate access to quality seed of farmers preferred crops varieties, high price of seed, unsupportive policies and inadequate knowledge of available varieties. For a sustainable supply of quality seed there is need for a well-developed human and physical infrastructure to support the production, conditioning and marketing of quality seed.

The Quality Declared Seed (QDS) component of the project focuses on increasing access to aﬀordable quality seed of preferred varieties by smallholder farmers in Uganda. This is achieved through training entrepreneurial farmer groups to become sustainable Local Seed Businesses (LSBs) that can meet the local demand of quality seed by producing and marketing of quality seed at a proﬁt.

The QDS system has minimum certiﬁcation requirements targeting speciﬁc food crops which are self-pollinated or vegetatively propagated. One of the steps in certifying QDS is proper ﬁeld inspection that is done by well-trained and authorized persons by the Ministry of Agriculture Animal Industry and Fisheries (MAAIF). The seed produced by the LSBs is therefore inspected and certiﬁed for QDS (i.e. seed sampling, testing and QDS labels printing) by MAAIF to ensure that the seed growers access aﬀordable quality assurance services. MAAIF has made access to quality assurance services by LSBs easier by supporting the training and delegation of the District Agricultural Oﬃcers (DAOs) to carry out ﬁeld inspection roles at District levels.

In addition, the QDS component supports the development of an enabling environment through advocating for supportive policies that encourage a pluralistic market-oriented seed sector. Categorically, the component focuses on three key areas that support eﬃcient processes and functioning through which overall project objectives can be achieved as outlined below; 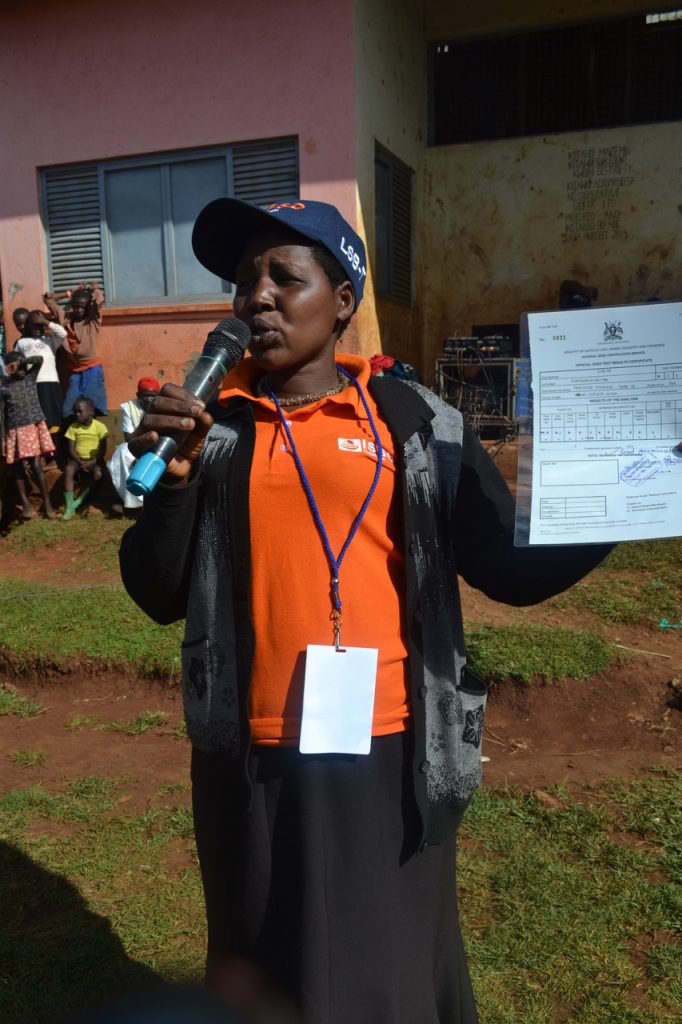 Local Seed Business Trainers (LSB-Ts) approach: To date 256 LSB-Ts have been identiﬁed across all LSBs and these have been equipped with dynamic skills to continuously support LSBs in seed business development on a sustainable basis. These received a three phased Training of Trainers (ToT) together with the sub-county-based agricultural oﬃcers and are regularly monitored and coached.

LSB Associations & Clusters: Furthermore, there is continued support to the LSB zonal associations that are already operational in developing business models to improve their revenue streams for sustainability. New zones too have been supported in the initiation of LSB associations as well as self-evolving LSB cluster-based associations to coordinate seed related activities on-behalf LSBs.

Out-Scaling Partners (OSPs): The project works with both ISSD supported and self-supported OSPs to support LSBs through coaching and mentoring in all aspects of seed production and marketing with emphasis on strategic linkages for LSB business growth. All OSPs are well trained on both the LSB methodology and LSB-T approach.

District Local Governments (DLGs): The project has supported the capacity building of over 223 DLG staﬀ, especially the production department (DAOs and AOs) by MAAIF, in LSB methodology and Quality Assurance as well as subsequent authorization of DAOs by MAAIF to provide seed quality assurance services (seed ﬁeld inspections). In addition, some DLGs have supported some LSBs through strategic market linkages for QDS as well as through creating awareness on the QDS seed class within their communities.

3. LSB Upgrading: Upgrading initiatives focus on supporting the three diﬀerent classes of LSBs in categories A, B and C to improve their seed business development. The three major areas of focus include; 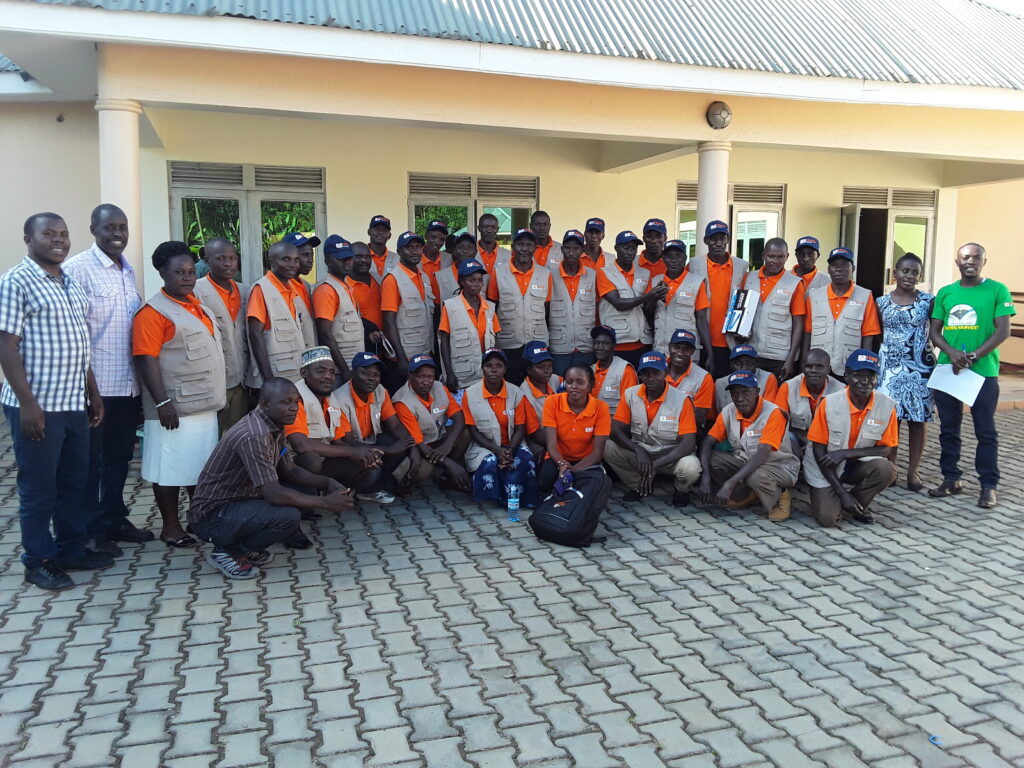 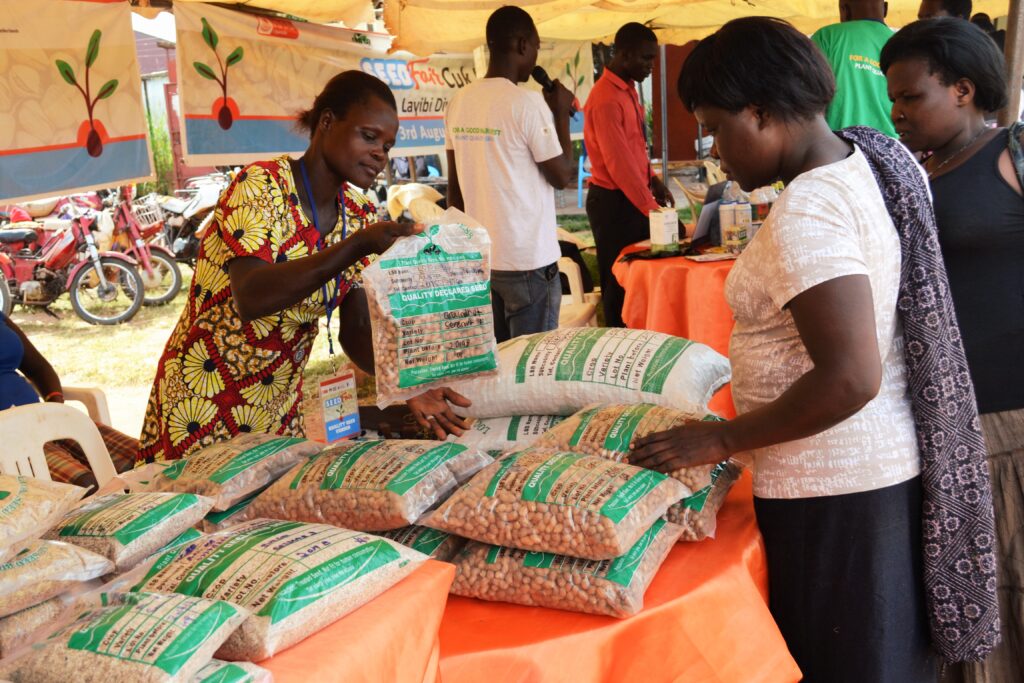 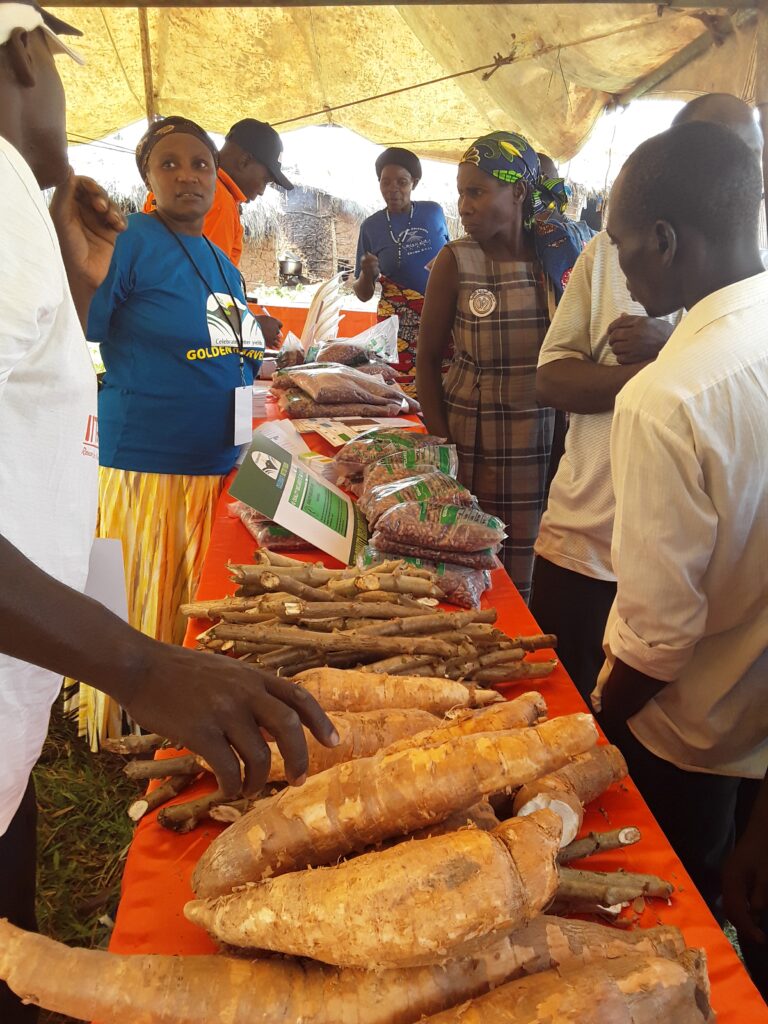 7,519MT
Volumes of QDS of roots and tuber as produced and marketed by farmer seed producer groups (LSBs) 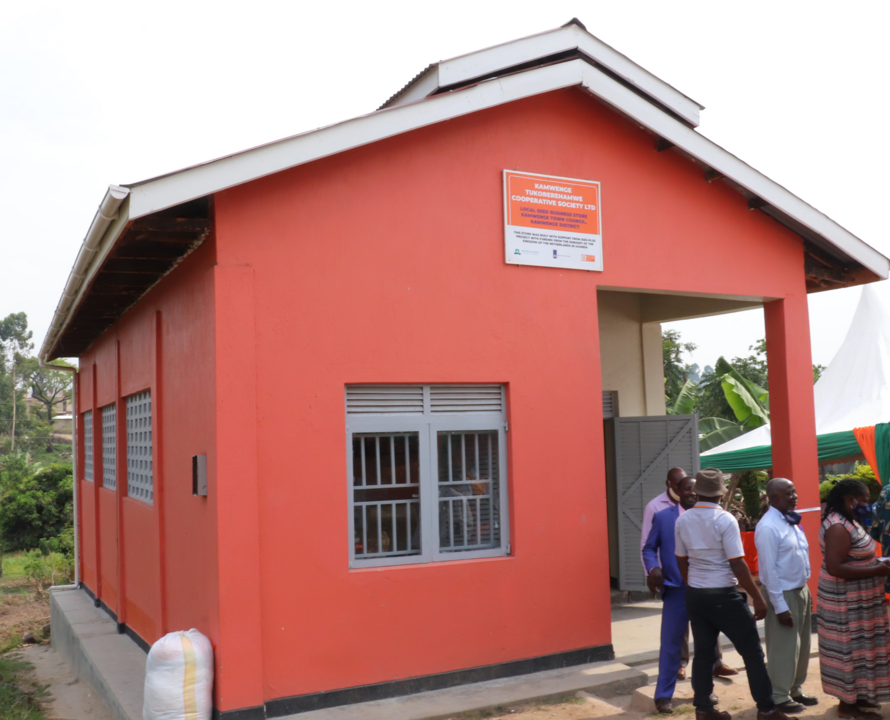 54
Number of seed stores constructed by the ISSD projects 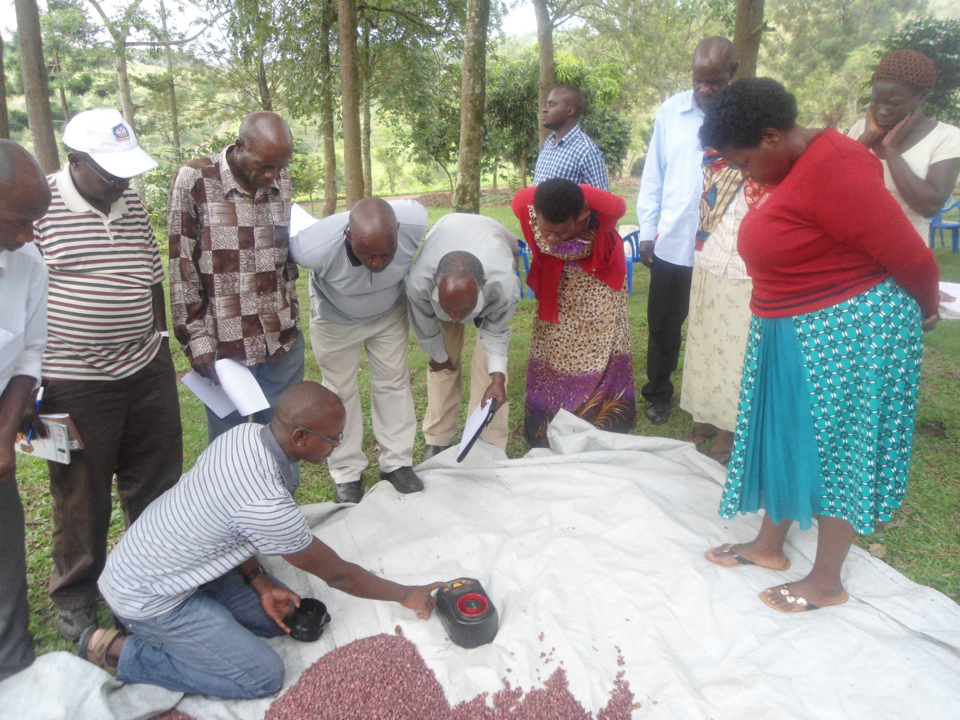 4,220
Number of farmers trained in seed production technology (53% are female and 24% are youth) 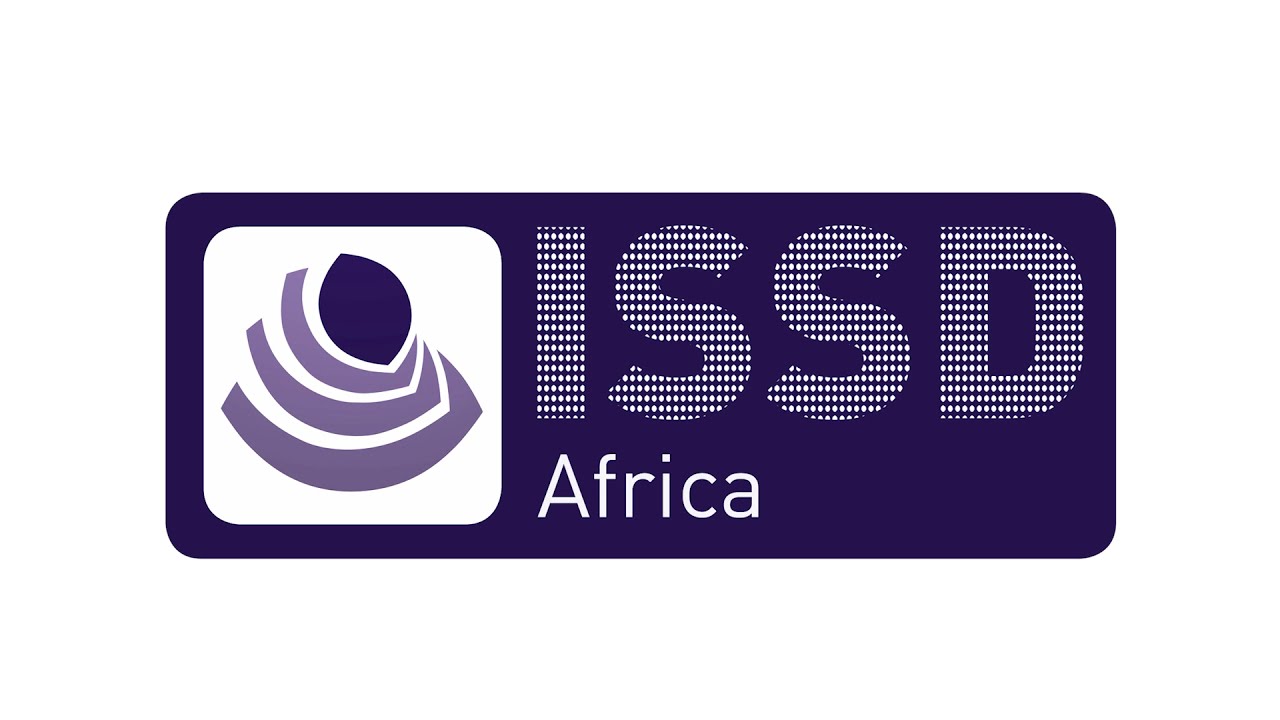 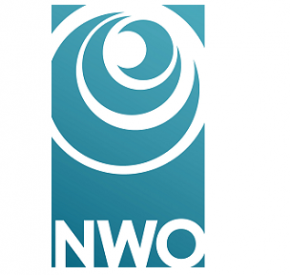