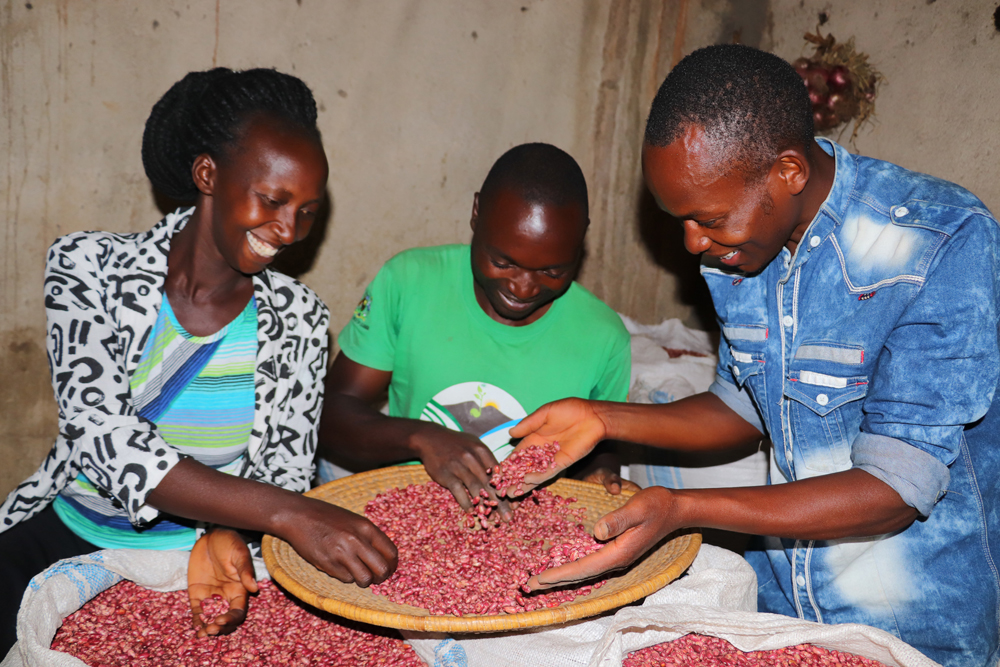 Elizabeth Kusemererwa filled with joy brags how she earns over Shs5 million from her two-acre piece of land in just three months. She has been planting beans for seed over the past two years.
The primary teacher from Bunyangabu district never expected to be earning this kind of money after years of frustration growing crops that never yielded her profits.
She has been growing mainly beans and sometimes onions but never managed to earn much from her sweat. However, Kusemererwa’s fortune changed when she was introduced to bean seed production which she embraced.
“Since then, in a year I earn more than sh10m. But before I ventured into seed production I would earn less that Shs2million in a year from farming in an acre. This was because the home saved seed was not yielding much and even after harvesting, the middlemen would buy my produce cheaply. At some point I had given up on farming to concentrating on teaching were the payment is also very low,” Kusemererwa says.
Kusemererwa who is a member of Kakindo Abetairaine Local Seed Business (LSB in Bunyangabu District attributes her success to working in a group that has enabled her to get trained and equipped with better agronomics practices.
The LSBs are a model that was introduced by Integrated Seed Sector Development (ISSD) Programme and it is currently working with over 300 LSB groups to produce quality declared seed (QDS) of locally adapted crops and varieties for local markets.
The model also provides management practices on seed health and crop diversification, an introduction of improved and tolerant varieties and opportunities for market integration. LSBs have been sought, as they fill the gap in quality seed production.
According to Kusemererwa, being a member of the group has been key to her success and other group members.
“I used to work alone and things were not getting better. But in the group we have collective bargaining power, easy to bulk and finding market for the produce is also easy,” says.
She notes that in case of a loss the members easily shield each other. “The group offers us some soft loans which we use to help members,” she says.
George Musabe also a group member says farming in a group helps them get support from the government and other stakeholders.
“It is easier to get training as a group and to market our produce together. Buyers now come to our store, they don’t have to move house to house,” Musabe says.
He explains that as a group it becomes easier to purchase inputs like foundation seed, fertilizers, renting land among others. The group has 33 members and each member is supposed to plant at least one acre of seed or more.
Moses Kagyenda, a millet seed farmer from Mbarara City says being part of a well-organized farmer group is vitally important for small-scale farmers.
“The group gives you bargaining power in terms of price. It also helps eliminate middlemen who have always deprived farmers of their profits,” Kagyenda says.
Solomon Basaza, the Kisoro District Agricultural Officer (DAO), says that if Uganda wants farmers to be more effective, there is a need to support them, form groups.
“As a district, we are supporting these seed groups to form cooperatives and we hope in the long run it will help us see great farmers,” Basaza says.
The ISSD plus project, funded by the Embassy of the Kingdom of Netherlands is implemented by Wageningen Centre for Development Innovation (WCDI) in partnership with NARO started supporting started training farmer groups in the area to become seed producers and entrepreneurs.
The groups are then linked to active research organizations for two-way interaction, preferably for several crops. End.